Formerly the Cistercian monastery Marijin Studenec, in which the Božidar Jakac Gallery is located today, was founded in 1234 by the Duke of Carinthia, Bernard of Spanheim. On the premature death of his wife Jute and son Bernard, the duke decided to bury them here. Until the abolition of 1786, the monastery represented an economic, cultural and commercial center dominated by the monks. Already during the Renaissance, it was strongly fortified and its inhabitants protected from robbery.

Defense towers and outline of the monastery church with the frescoes of the famous painter Franc Jelovšek address the visitors at the entrance with Baroque forms that architecturally dominate. The most thorough rebuilding was taken by abbot Alexander Taufferer in 1738. After the dissolution, the Kostanjevica monastery began to decay rapidly. The building had no more real function, the church was desacralized, and the equipment was transferred to other churches and sold out. The first conservation initiatives for renewal are born at the end of the 19th century. However, the situation deteriorated drastically during the Second World War, when the building was burned and all tracts were uncovered and partially demolished.

In the 1950s, the restoration works of the monastery complex, which are still underway, were initiated. Today’s image of the Cisterca is the result of numerous renovations shown at the permanent exhibition Kostanjevica na Krki – Monastery, which provides insights into more than half a century of restoration work. Representative arcade courtyard is certainly one of the largest in the wider Central European space. The original design was mostly preserved by the monastery church, which represents one of the most beautiful examples of the early gothic architectural interior in Slovenia. It is distinguished primarily by the ring system and decorative plastics, which is of the Hungarian-Czech provenance. 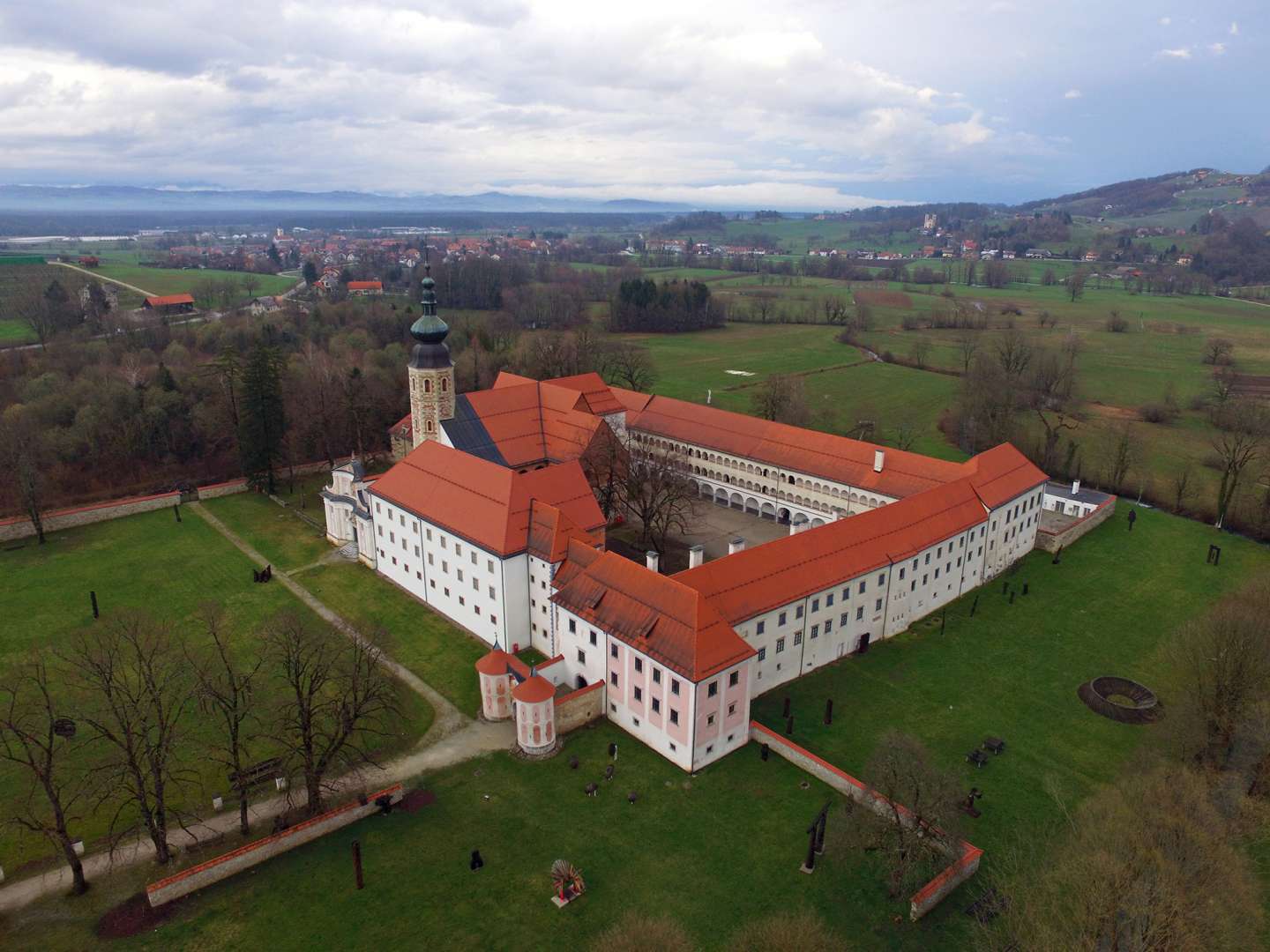 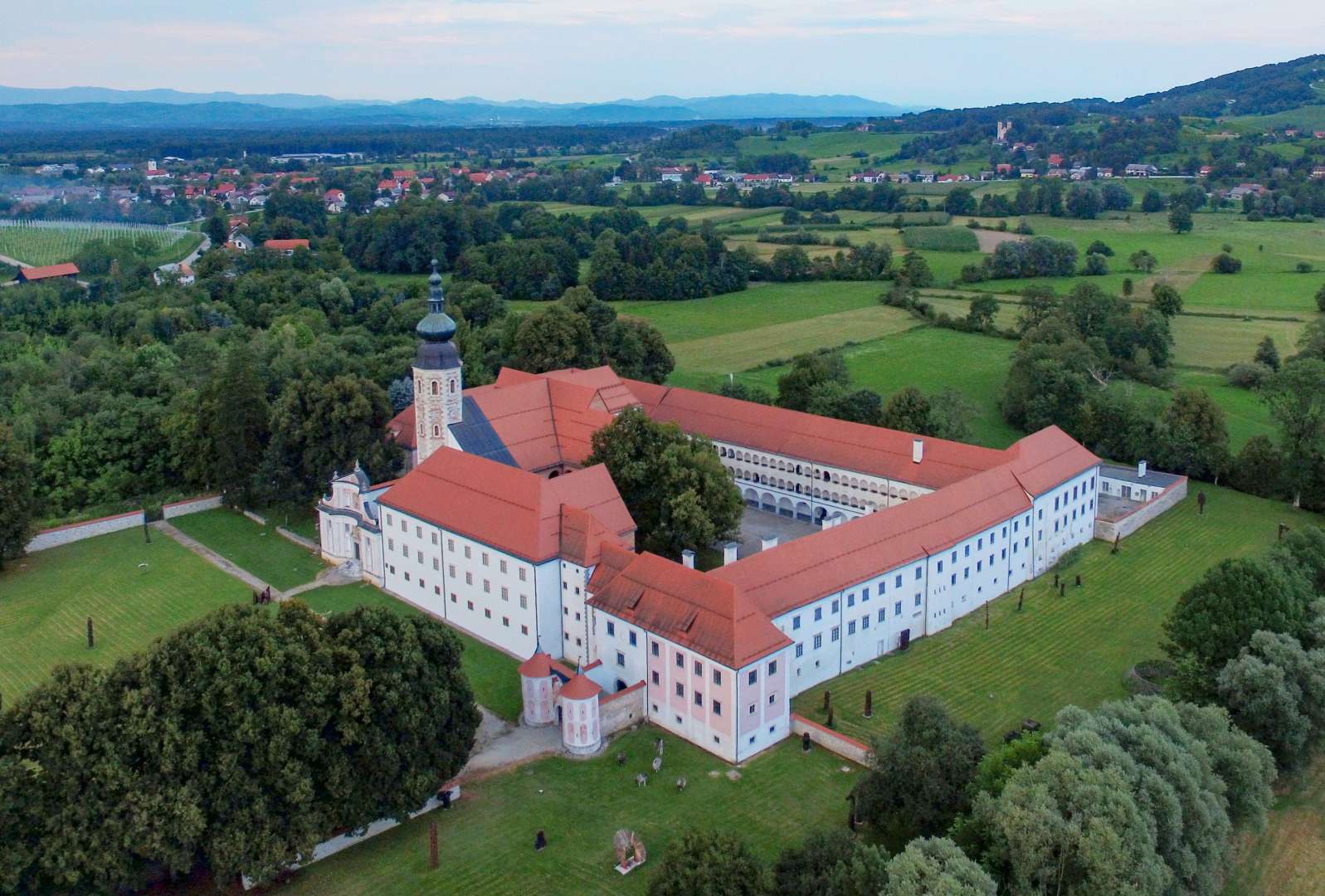 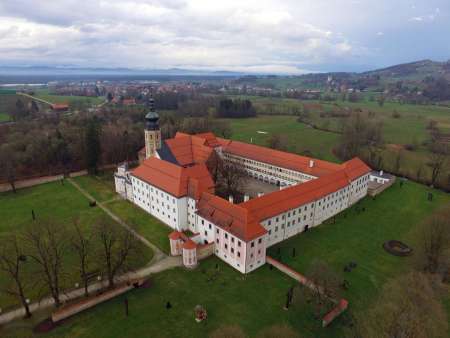 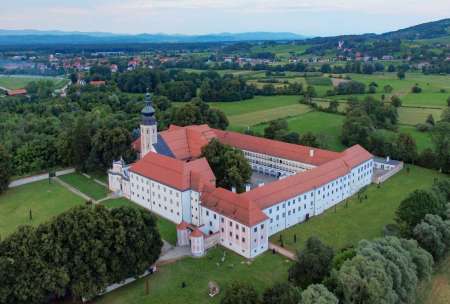