The restored castle Podsreda, formerly known as Hörberg or Herberch, is one of the most important objects of Romanesque architecture in Slovenia since its medieval core remained virtually untouched for centuries. “The most castle-esque among castles in Slovenia” dates back to the 12th century.

During its existence, it went through numerous reconstructions. In doing so, some architectural periods left deeper, other more modest traces. The most valuable elements originate from the Romanesque period (castle circumference, bifore, chapel, portals, windows, etc.). It is one of the few cultural monuments of the Romanesque era in Slovenia, which in the last 30 years has become an important promoter of the cultural, promotional, social and tourist offer of the Kozjansko Park, from the state of decay it had previously been in, with complete renovation.

In the Podsreda Castle you can see the memorial room of the St. Emma, who was the former owner of the territory on which the Podsreda Castle stands. In the oldest part of the castle, i.e. the northern palace, built around 1150, a permanent painting exhibition by Slovenian artist France Slana is on display. For years, the castle granaries have been exhibiting works by Slovenian and foreign artists. At the permanent glass exhibition, objects are exhibited showing a part of the rich tradition of the Kozjansko forest glassware makers – glažute. In the attic of the castle there are photographs made by well known photographers. There are numerous concerts and events in the renaissance hall and atrium of the castle. You can also see the castle kitchen with an open fireplace and castle dungeon.

Walk through the hallways of Podsreda Castle for only 4 EUR per person. 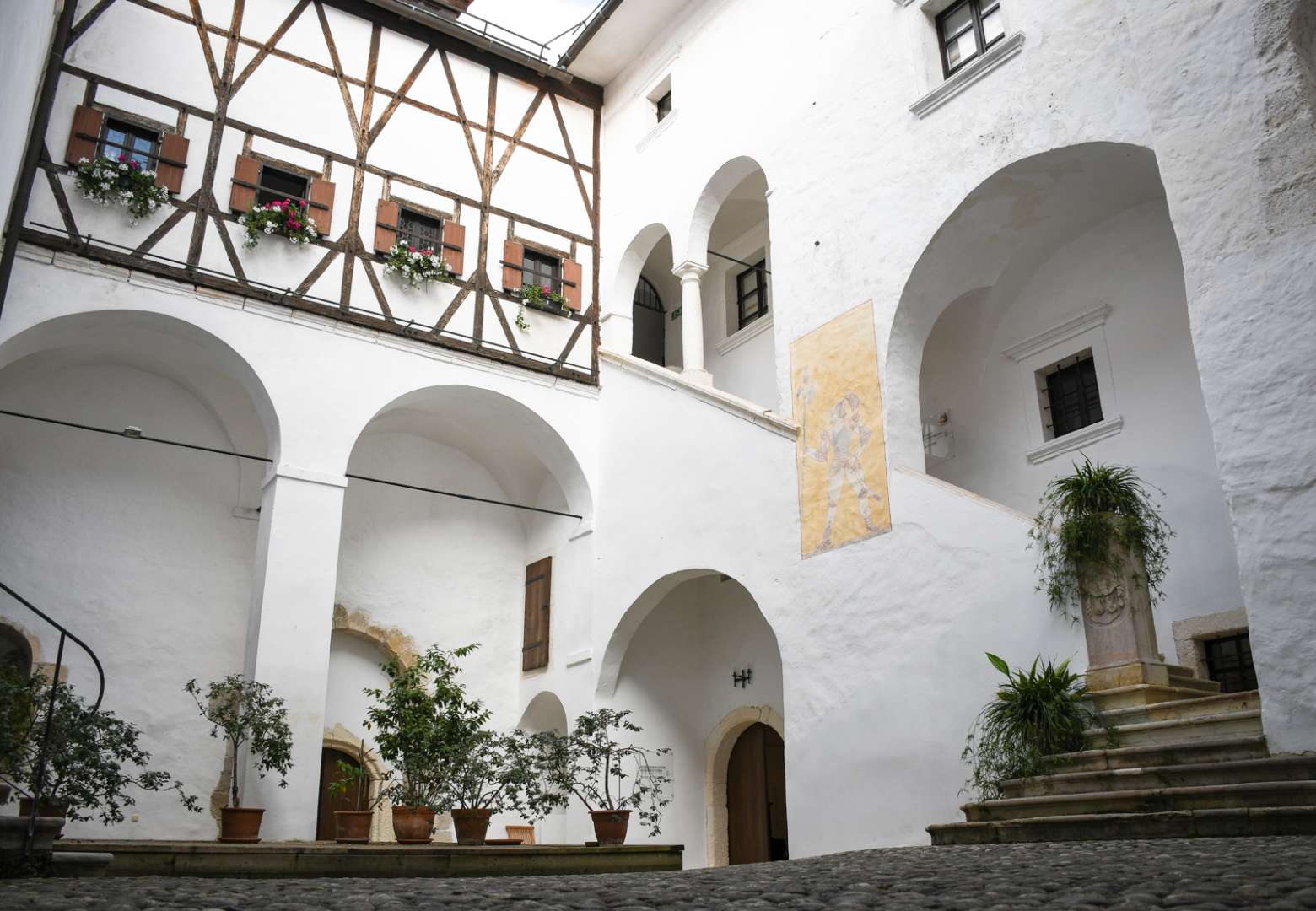 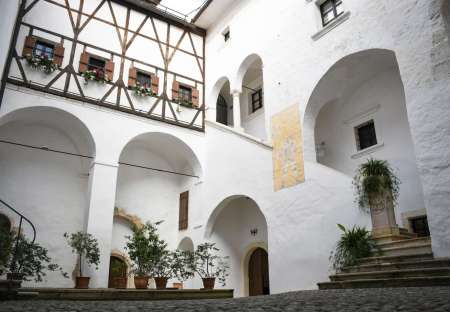